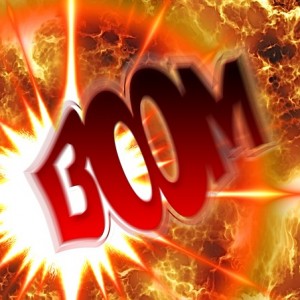 If you were waiting for a “black swan event” to come along and devastate the global economy, you don’t have to wait any longer. As I write this, the price of U.S. oil is sitting at $45.76 a barrel. It has fallen by more than 60 dollars a barrel since June. There is only one other time in history when we have seen anything like this happen before. That was in 2008, just prior to the worst financial crisis since the Great Depression. But following the financial crisis of 2008, the price of oil rebounded fairly rapidly. As you will see below, there are very strong reasons to believe that it will not happen this time. And the longer the price of oil stays this low, the worse our problems are going to get. At a price of less than $50 a barrel, it is just a matter of time before we see a huge wave of energy company bankruptcies, massive job losses, a junk bond crash followed by a stock market crash, and a crisis in commodity derivatives unlike anything that we have ever seen before. So let’s hope that a very unlikely miracle happens and the price of oil rebounds substantially in the months ahead. Because if not, the price of oil is going to absolutely rip the global economy to shreds.

What amazes me is that there are still many economic “experts” in the mainstream media that are proclaiming that the collapse in the price of oil is going to be a good thing for the U.S. economy.

Here’s two additional videos for you to decide:

As increasingly has become the common circumstance, the upside revisions in headline monthly numbers simply are constructs of highly unstable, inconsistent and questionable seasonal adjustments being shifted between months. The unadjusted data do not revise, but the adjusted data pick up bogus growth from gimmicked reporting . . .

Counting All Discouraged Workers, December 2014 Unemployment Was 23.0%. . . . More than anything else, though, what removes headline-unemployment reporting from broad underlying economic reality and common experience simply is definitional. To be counted among the headline unemployed (U.3), an individual has to have looked for work actively within the four weeks prior to the unemployment survey. If the active search for work was in the last year, but not in the last four weeks, the individual is considered a “discouraged worker” by the BLS [and not counted in the U.3 measure]. ShadowStats defines that group as “short-term discouraged workers,” as opposed to those who become “long-term discouraged workers” after one year.

[The 23% unemployment rate is consistent with the declining Civilian Employment-Population Ratio and the declining Labor Force Participation Rate. The rise in discouraged workers is reflected in the decline in these ratios.]

[John Williams also reports that the Birth/Death Model used by the Bureau of Labor Statistics assumes that more jobs are created each month by new startups than are lost by companies going out of business. The excess of new startups over closures currently adds an average of 61,000 jobs each month. In other words, these jobs are spun off of the assumptions of a model and are likely to be phantom jobs.]

[There is also the issue of data falsification by the Census Bureau reported in the New York Post by John Crudele and under congressional investigation. http://nypost.com/2015/01/06/call-congressman-for-some-good-common-census/ ] This article comes with a black box warning: If you watch mainstream media news, you are likely going to die because you will delay preparing for the inevitable.

Mainstream Media States Everything Is Awesome

While sitting in the doctor’s waiting room, I was subjected to watching Fox News. By golly, that was the placebo that I needed to start feeling better. All the way through the broadcast is was one steady stream of rosy facts about America’s economic recovery. I was so inspired, I thought I should call financial planner and have him open an account with Merrill Lynch. And then I woke up.

The mainstream media’s propaganda approach to convincing the public that “happy days” are just around the corner has a decided agenda. Do you remember the grade B movie, Mars Attacks? As the aliens were leaving their craft in Pahrump, NV., they were saying “don’t be afraid, we come in peace” as they shooting death rays at anyone in their sight. This is what the mainstream media is doing as they are saying “America is financially healthy again”. The bankers need for you to leave your money right where it is in the stock market, in the bank and in your retirement because they have targeted everything of value that you own. We are going to awake one morning and it is going to be all gone. In life, how many times have we seen that two similar men face a set of similar circumstances only to witness two entirely different outcomes? One man meets the challenges, grows stronger and more successful as a result. The other man ignores the crisis at first, hoping that it will go away. When the denials breakdown, the second man feels overwhelmed and succumbs to the problem and his life is subsequently ripped apart.

Nations are like people, they have a character, a personality and a persona. They either have resilience and can bounce back from adversity, or they do not. They either have courage or they cower in the corner because they are weak and timid in the face of danger. And like with the two men, when countries face the same challenges, one country may thrive and the other country takes a dive.

When we look at how two countries, Iceland and the United States, responded to economic Armageddon in 2008, one country was head and shoulders above the other in terms of displaying a spirit of resilience.

America is once again ready to enter into the economic disaster zone in a much more significant manner than we did in 2008. Iceland has already been there and their journey was inspired and controlled by Goldman Sachs and fellow Wall Street banksters. Iceland’s journey down the path to economic Armageddon actually began in the late 1990s and early 2000’s, when Iceland’s Prime Minister David Oddsson, began to do the bidding of Wall Street bankers and instituted a set of Reagan-style policies and privatization. According to author, Roger Boyes, as he documented the world’s descent into economic tyranny in his former best-selling book, Meltdown Iceland, Boyes stated that “the fix was in”and Wall Street began to financially obliterate Iceland after plundering its hard assets.

Under the globalists from Wall Street, the Iceland’s banking sector grew rapidly, propelled by borrowed money. Icelanders could access credit easily in just the same manner as pre-2008 crash America. Iceland had its own devastating housing bubble as housing prices escalated exponentially and consumption skyrocketed. In order to attract international currency investments, Iceland raised its interest rates to 15% and the same devastating consequences which befell America was visited upon Iceland. In 2003-2004, prices on the Iceland stock market increased 900% before crashing.America, are you nervous yet?

Iceland’s bubble was no different than any other economic bubble. By 2006, what I call the heroin effect kicked in and the average Icelander was 300% wealthier than in 2003, but hopelessly in debt. Iceland was experiencing a 1929 pre-crash America as well as the symptoms of our impending crash in 2013. The citizens were seduced by easy money and acted as if they were addicted heroin. Meanwhile, the government, banking and corporate debt grew out of control until the time to pay up finally arrived.

By 2008 Iceland’s banks collapsed, it was time for Icelanders to pay for their extravagant ways and 50,000 of its people’s savings were wiped out (that represents one in three adults in Iceland lost their bank accounts). Keep in mind that Iceland only has a population of 300,000. If those same numbers were to be visited upon America, we would be looking 50 million Americans having their savings wiped out. Let me ask the same question that I always ask at this point. Do you now understand why DHS has purchased 2.2 billion rounds of ammunition to go with 2700 armored personnel carriers?

The problem for Icelanders became far worse as by 2009, 25% of homeowners went into mortgage default. Please allow me to ask another rhetorical question, do you now see why the Federal Reserve spent two years buying $40 billion dollars in mortgage backed securities each and every month beginning in September of 2012?

Doug and Joe Hagmann are joined by Michael Rosecliff, who explains what we are seeing economically, happening right now. Before getting into the bombshell Rosecliff drops on listeners, it is noteworthy that Rosecliff is the founder of the ArcLight Institute, which provides global economic forcasting and investment strategies, with an overwhelming 96 percent accuracy rating.

Via Hagmann and Hagmann video details:

ArcLight Systems are the product of close a decade and a half’s worth of work. Immediately following the events of 9/11, a small but elite group of technologists from a variety of disciplines chose to set out and do the improbable: Design a system that uses a variety of metrics to predict future global occurrences, as well as decode past events.

For those of us that are not finanical gurus, investors, or economists, Rosecliff provides an easily understandable explanation of what we are seeing happen now from the Dow dive to the low gas prices, using past trends in order to forecast what is coming in 2015.

Rosecliff starts with the economy where he informs us that “we have yet begin to see” the “forces of inflation,” as he explains the similarities of what we are seeing with the US dollar to the Weimar Republic currency crash, more can be read here about that, and when asked by Doug Hagmann if that is what is coming, Rosecliff drops this bombshell: “It’s here! It’s not coming, it’s here!”

With the low energy prices, the undesirable dollar and the BRICS able to crush the US Dollar whenever they want, Rosecliff tells us what to expect in 2015 and it isn’t a pretty picture.

This is definitely a must-listen to show for those that want to understand what all of the current news actually means for them and what to expect in the coming months.