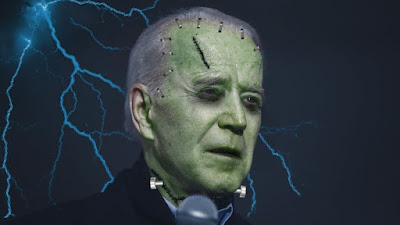 Tuesday was Election Day, 2020. Last night, hundreds of protesters marched through Washington, D.C. with a sign demanding, “Burn down the American Plantation.” The crowd chanted, “F*ck Trump. F*ck Biden. No more presidents.” The mob wants a general revolution, not a genteel resistance.

When mobs rampaged through the streets of Paris burning and killing during the French Revolution, King Louis XVI said to an aide, “This is a revolt!” The aide said, “Sire, this is a revolution.”
We are having a revolution.

Your grandchildren will ask you one day how you voted and ask, “Where were you when America went up in flames, anarchy reigned, the Constitution was not only ridiculed and rejected but ripped up, and free Americans became serfs on their own land?”

You have very articulate grandchildren.

This day will be remembered for the rest of our lives! Each of us will have to live with his or her actions. Did you vote, and did you vote for freedom rather than Socialism? Did you vote for principle or party? Did you try to get others to vote for freedom? Did you base voting decisions on facts or fantasy? Did you support freedom-loving candidates? If not, you have sinned against your family, the future, and God. If you did not vote for freedom, you voted to take America from the category of freedom to slavery. You enabled (and will be partly responsible) for the deaths of millions of aborted children worldwide. You were responsible for extinguishing the light on a hill that serfs, slaves, and settlers have looked to for over 300 years.

Repentance, remorse, and restoration are required of you. But, then, if socialist totalitarians get into office because of your irreparable failure, restoration will be impossible. You have already handed America over to mob rule where education will openly become leftist indoctrination; where a baby will not be assigned his/her gender until age 16; where babies are butchered literally minutes after birth; where men pretending to be women will have access to all female sports, prisons, restrooms, etc.; where cities will be without police officers who have quit or been replaced with social workers; where taxes will be confiscatory; and where a trip into town will be as dangerous as a visit to the city market in Baghdad, Appelo, or Kabul.

And they come in black and white. Both are red.

If you failed to vote for freedom, you are like famous Jewish historian but turncoat Josephus, who supported Rome in the first century when Jerusalem was destroyed. The Romans killed over a million Jews, according to Josephus. More than 100,000 others were made slaves in the mines. Josephus rejected his own people and lived very well in lavish splendor in the Emperor’s palace.

While Josephus wrote two fantastic books, he wrote little about character and doing what is right, and standing against evil. You know all about that, don’t you? 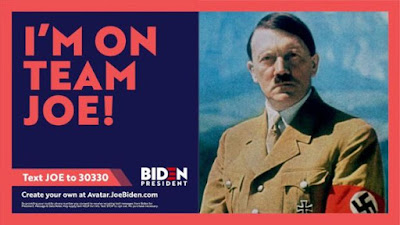 You are like the Catholics and Lutherans who supported Hitler because he professed to be a Christian when his totalitarianism was known from his 1925 Mein Kampf. In that book, he contended that effeminate Jewish-Christian beliefs had weakened a formerly vigorous Europe, and a strongman like himself was required as the political leader.

Also, he promoted and built the Volkswagen, or “People’s Car,” that sold for $960. So, he made everyone happy, well, except the Jews. However, the average German could now drive an affordable car over to Switzerland or France on German roads for some vacation days.

Well, the Nazis didn’t seem so bad after all. And their loudest critics were Communists anyway (when it should have been Catholics and Lutherans). So if the Commies hated the Nazis (National Socialist German Workers’ Party), then Hitler must be all right. Please note that Nazis were not right-wingers as charged by American leftists, but were Socialists. And Socialists are simply Communists who don’t have enough guns to take control.

Hitler could count on Germans who thought it impossible for anyone to establish a dictatorship because of the “barrier, over which violence cannot proceed.” Germans thought that it just couldn’t happen there because the people would not live with violence beyond a certain point. Plus, Germans were known for the “freedom of speech and thought,” as expressed by an article in the Frankfurter Zeitung in January of 1933: “It is a hopeless misjudgment to think that one could force a dictatorial regime upon the German nation….The diversity of the German people calls for democracy.”

German Jews were cynical but not much concerned about Hitler’s rise to power. The major German Jewish group wrote that they were mistrustful of Hitler, but “nobody would dare to touch [their] constitutional rights.” The German Jewish newspaper Jüdische Rundschau wrote on January 31, 1933, “that also within the German nation still the forces are active that would turn against a barbarian anti-Jewish policy.”

How did that work out for Jews? And all Germans? How about all of Europe?
Those Germans lived (some of them) to regret choosing Hitler as President of Germany. He had been appointed Chancellor in January of 1933, but he had eyes on the highest prize. Following the mysterious fire at the Reichstag (the German legislative building) in February of 1933, Hitler blamed it on the Communists. On August 19, 1934, he won the presidency with a 90% majority.
That was 90%.
The dummies didn’t have much time to spend driving around the French and Swiss Alps in their cheap Volkswagens for the next few years. Many were working in concentration camps or starving in their basements.
Will the U.S. election results permit America to remain a relatively free but damaged republic, or will it become a totally changed nation as Joe Biden has promised? For years, Revolutionaries have been undermining law and order while you have been going about everyday activities and watching televised garbage every night. This is a planned insurrection against the morals, mores, and the meaning of America.

In a few hours or days, we will know what you have decided our future will be. Whatever the ballot decision is, it will be contested probably by both sides unless the winner blows the loser totally out of the box. Even then, the Second American Revolution will continue in the schools, churches, and media, if not the streets of our cities.

Socialists and Communists can be counted on to try again later. They can wait. 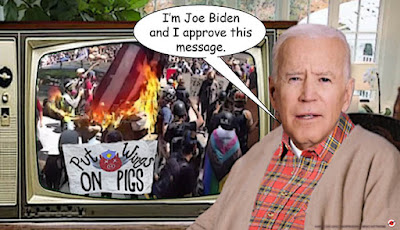 Many from left field will suggest that my Second American Revolution is hyperbolic and inflammatory; however, what else can it be called when more than fifty cities have experienced months of “peaceful” protests that turned into violent riots? While every American has a right to peacefully protest, no one has a right to use violence.

Chris Cuomo of CNN said, “Please, show me where it says that protests are supposed to be polite and peaceful.” He added, “Because I can show you that outraged citizens are what made the country what she is and led to any major milestone. To be honest, this is not a tranquil time.” Wanting to help Chris, I will lend him my pocket Constitution, where page 36 guarantees every citizen the right “peaceably to assemble, and to petition the government for a redress of grievances.”

CNN tried to put an innocent spin on the protests by asserting, “About 93% of racial justice protests in the US since the death of George Floyd have been peaceful and non-destructive.” CNN also believes China will not invade Taiwan, Muslims will learn to live peacefully with non-Muslims, Jeffrey Epstein killed himself, a high-quality vaccine for the Chinese coronavirus will be found, and the world will be returned to normalcy. Whatever that is.

If there is a total breakdown in our major cities, which is more than probable, it means many innocent people will be killed or injured with billions of dollars of damage to businesses—black and white-owned.

Normal Americans should remain calm in their own homes after they have provided necessary food, full gas tanks, and ammunition in the event the “peaceful” protests reach their homes. Stay out of trouble’s way. Permit the trained authorities to handle the crisis.

Have a battery-operated radio available so you can be aware of the crisis. Stay in contact with friends, neighbors, and church people, especially the elderly. Do not react to rumors, and be sure to always consider the source and then confirm that source.

Then, lash yourself to the masthead and expect a storm of biblical proportions.

A patriot must always be ready to defend his country against his government. This may be the time.